Banyan Initiative for Development > Board Member 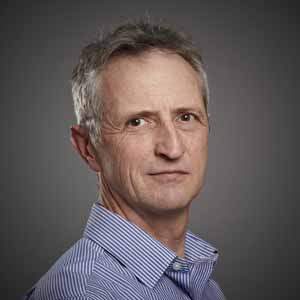 Andy CHERRY is trained as an applied entomologist, holding a research Ph.D. in biological control from Imperial College, London, and a Master’s degree in integrated pest management from Southampton University.

Andy is currently a senior scientific officer and member of the management team at the Association of Commonwealth Universities where he focusses on running projects in support of regional policies of international collaboration in scientific and technological research and innovation between Europe and other regions of the world, chiefly Africa. Andy has been the long-term coordinator of CAAST-Net Plus, a network of 25 national authorities from African and European countries all collaborating to further the quality and quantity of Africa-Europe scientific cooperation.

Prior to joining the ACU in 2006, Andy spent several years as a senior insect pathologist at the International Institute of Tropical Agriculture in Benin, West Africa. At IITA he ran a research team conducting original research into the use of microbial biopesticides. In the past Andy also worked at the UK’s Natural Resources Institute, initially part of the UK government’s Overseas Development Administration where he was involved as a technical specialist in projects of international cooperation in Africa, Asia and Latin America in the fields of biological control, insect pathology, insect pest management and biopesticide regulatory frameworks.